BY: TCLeach at http://throughanewlens.blogspot.com
12 Weeks Past the Cross (Quite the Opposite)

Today marks twelve weeks since I walked away from the cross, and out of idolatry. Three months, one season. I have been calling HaShem ONE for a whole season! I like that, marking my time by seasons. Sometimes the calendar dictates a season, and sometimes circumstance. One thing we can be sure of about a season, though, is that it’s a temporary phase. Genesis tells us that…

~So long as the earth exists, seed-time and harvest, cold and heat, summer and winter, and day and night shall not cease.~(8:22)
And we know that there is…
~A time to weep, and a time to laugh; a time to mourn, and a time to dance~ (Ecclesiastes)
It’s important to note in the verse from Genesis that seed-time and harvest are two separate time periods. Likewise, when I plant tomato seeds in the spring, I won’t enjoy that luscious fruit until autumn. My first season out of Christianity and the Messianic movement has been spent trying to sort through my own beliefs, and understand which of the doctrines I hold have to go, and which ones will stand. I’ve been weeding in the garden of my mind and heart. Planting new seeds. More than once, I have pulled out a doctrine I hold as true to examine, and found it to be quite the opposite of what is written in the Tanakh!
Take healing for example. 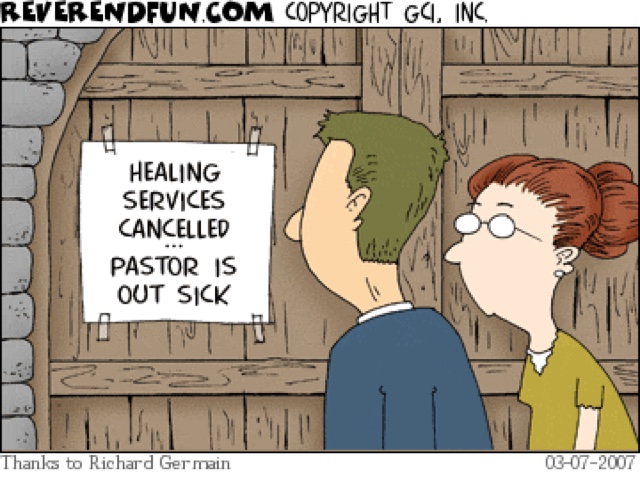 Cute cartoon, created to produce a chuckle, but it really struck a chord with me! The writings that Christianity calls the new testament say over and over that we were given the power and authority to heal. If this is the case, how then do we explain a sick church? How do we justify (by that doctrine) that parents still bury their children? The writings say, the sick  WILL be healed, not maybe, not if it’s The Father’s will. James even takes it a step further and says the sick will be healed AND forgiven when they’ve had “hands laid on them”. Somewhere in those writings, Jesus said we can raise the dead. Whew…healing and forgiveness? At our hand? Raising the dead?? I think not! This doctrine is dangerous, prideful and it flies in the face of The Father. It is quite the opposite of what the Tanakh teaches! The God who never changes says He is the healer. The Word that stands forever, says HaShem forgives the repented and redeems the lost. As a Christian, I was attempting (without success) to usurp authority that only The Father has. Without question, some Christians have witnessed healing, but it was of HaShem and not of them, for His purposes and for His glory. So sad,

that so many think that their hands have healed, or that they have handed that healing credit to Jesus, who, as a man, could not have healed. That would have been the opposite of what’s taught in Torah.
And then there’s that “Devil” doctrine… 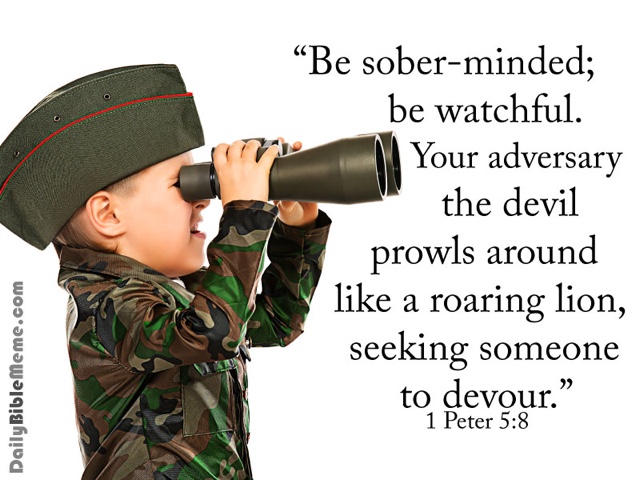 That was such a frightening thought to me as a Christian, and I purposely attached an imagine with a child on it so we can imagine how frightening this doctrine must be for them, as well. We teach them there is no such thing as a “boogey-man” but to watch out for that devil! How are they to process that contradiction of information? We’d do better by them to teach them the truth. Evil lives in the heart of every man. How else could we choose good over evil, if we weren’t born with the capacity for both? As a Christian, I was quick to announce that I was practicing spiritual warfare, fighting dark powers in high places. Now, understanding that any adversity comes at me from The Father for my own growth, I do my spiritual battling within myself. If a seemingly outside force is pushing against me, it is not something or an entity that snuck by my Creator. Contrary, my “opposing force” can only work within the boundaries set by HaShem. Instead of looking for a devil to fight,  I work at finding the way to let HaShem’s light shine on my own darkness. To say I’m battling the demons who are out to get me is saying I am battling with HaShem, Himself. That is, in essence, calling Him a demon! Things go wrong in this life, even tragically wrong. Sometimes another’s evil inclination crosses my path.  But it isn’t a devil trying to devour me. Quite the opposite is true! It’s permitted by my loving Father who wants me to look at each circumstance through the lens of Scripture, instead of through my own eyes. He is trying to mature me, to perfect me. To help me to understand where everything fits (even evil) into the bigger picture. Do I understand it all? No. But I don’t have to understand every detail to understand the doctrine in Tanakh.
There are many doctrines I held as truth that I am now seeing are actually not truth at all. I’d imagine that many of you could add some of your own discoveries to mine! They are lies cleverly woven into a fabric that has bits and pieces of truth from the Tanakh (hand picked), among a plethora of poetic words and warnings designed to steer me away from the Torah of HaShem. I look forward to coming to a season where this new “garden” that is my heart and my mind, no longer has the weeds of wrong doctrine popping up as I go about my day. Until then, I will continue sowing seeds from Torah, and seeking wisdom and understanding for sunshine and water!
“See” you next week!